A GIRL OF THE NILE BATTLES FOR THE SUEZ CANAL

In the summer of 1867, the greatest civic project in history – the construction of the Suez, a great canal to connect the Mediterranean Sea to the Red Sea — is in jeopardy. Corruption and global rivalries threaten to ruin the pride of Egypt. The book-keepers can not square the snarled shipping ledgers, and disorder ripples all across Egypt. Salima, the working-class daughter of a Nile bargeman, is called in to set the accounts right.

Her impact is instant. Winning the trust of native workers and local merchants, and the respect of the European engineers, she corrects the vast project’s book-keeping. The great canal is returned to schedule. When powerful enemies take action to sabotage her work, Salima must fight back, with history in the balance. 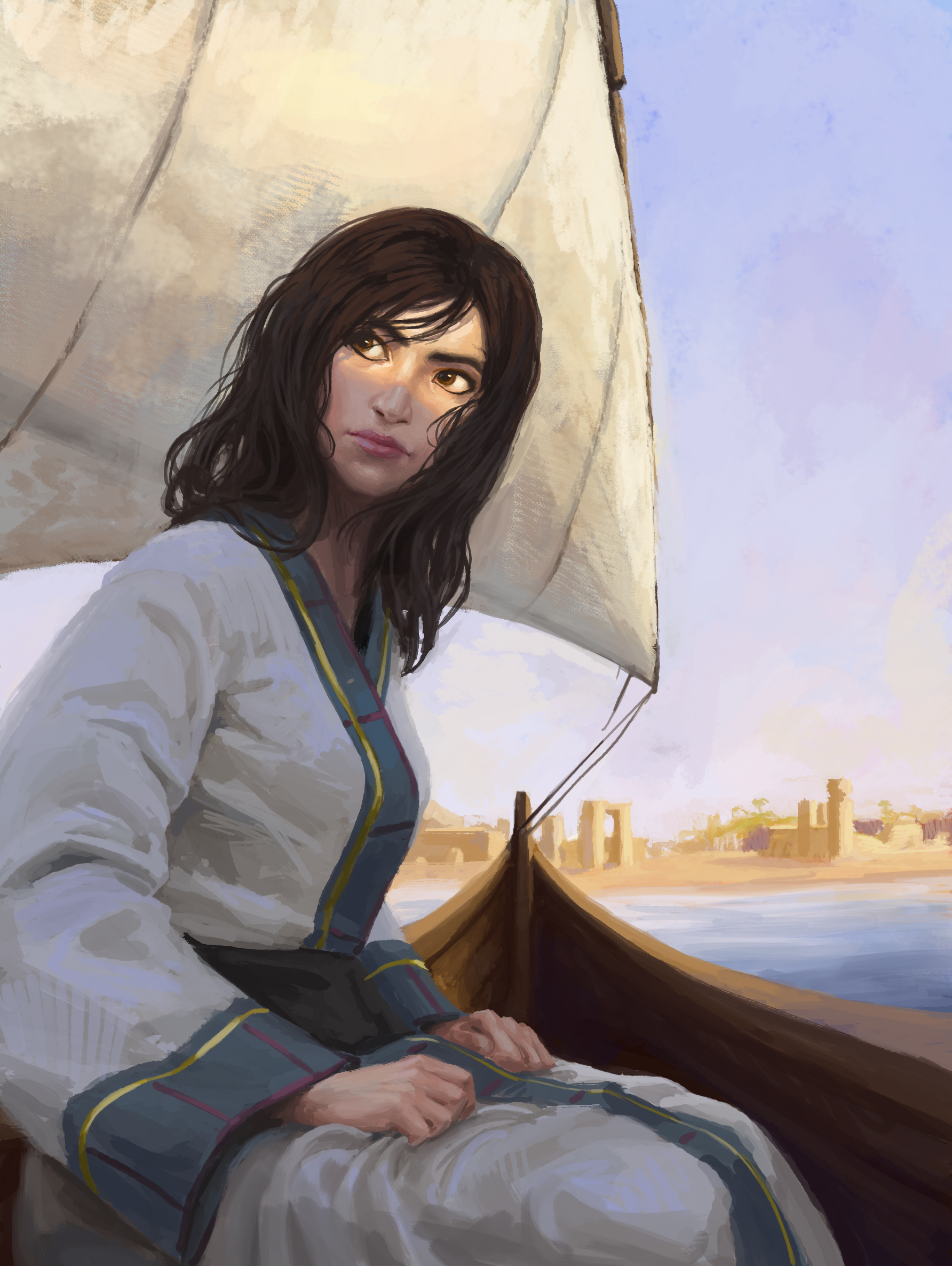 This adventure takes place during the construction of the Suez Canal, a rich juncture of commerce, culture, empire and intrigue. I have tried to use the powerful mechanics of that process and the underlying cultural forces of that time and place not in the background, as settings, but in the foreground, as critical elements in the plot and theme of the story.

By the mid 19th century, French financiers wanted to invest millions of francs into a canal that would connect the Atlantic to the Indian Oceans. It was an ancient dream, and the decision was made that modern technology could accomplish it. At the same time, the American Civil War had disrupted the production of American cotton, tripling the prices for Egyptian cotton. Thinking this high tied would last forever, the Egyptian rulers used the canal as a platform to launch a broad and incredibly expensive modernization of all things Egyptian – railroads, schools, military, government bureaus, agriculture, and culture (commissioning the new opera, ‘Aida’). It proved to be a fateful bet, one that Egypt ultimately lost.

On this page you will find some background on this fascinating age, an age which has many specific lessons for us today.

You will also find here a gallery of “Orientalist” paintings from this period, artwork which captures some of the fascination, wild romanticization, and misunderstanding which marked westerners’ views of the East.

The canal survives as a fulfillment of the prophecy of dissension and foreign intrigue, foretold to Pharaoh Necho more than six hundred years before Joseph and Mary fled with the child Jesus across its future course from Judea into Egypt – its reputation simmers in perpetually changing mists of intrigue, distrust and strife John Pudney Suez

What an empire needs – any empire – is quick access to its colonies. Clear lines of transport. After looking at any map of the world,. It is easy to see why the Suez canal had to be: the strip of land which, if penetrated, could connect Europe to China is tantalizingly narrow. Just a strip of land, really, between Port Said and Suez, with two lakes already in between.

The waterway, perhaps initiated by the legendary Pharaoh Sesostris, was navigated by Egyptians during Seti I in 1380 B.C. The ancient channel – still visible in areas near Wadi Tumilat and actually used by constructors of the Suez Canal – did not connect all the way to the Red Sea; at the time of Darius, 520 B.C., ships entering from the Mediterranean traversed the Pelusiac section of the Nile to Bubastis, where they continued to Heropolis. But there was a break at that point; all cargo had to be reloaded onto ships on the Red Sea. It was good business for transfer specialists but not for shippers.

In 385 B.C., Ptolemy Philadelphus finally connected the canal to the Red Sea, building a new town called Arsinoe at the juncture. But the waterway proved only too strategic and was ordered closed in 770 A.D. by the Caliph al-Mansur, founder of Baghdad, to cut off the supply route being used by his enemies.

With the rise of modern Europe and the growth of industry and seaborne commerce, entrepreneurs began to think of building canals. One such initiative aimed at connecting the Red Sea with the Mediterranean Ocean directly, thus saving time either to sail around Africa or transshipping freight or passengers across the Suez Peninsula.

A French enterprise took the initiative in obtaining a 99-year concession for the Canal and organizing the Suez Canal Company, mainly with European capital, to build and operate it.

The Canal was completed in 1869 under the leadership of the French promoter Ferdinand de Lesseps (he would later try unsuccessfully to build the Panama Canal). Numerous obstacles had to be overcome, one of which was the widely held conviction that the level of the Red Sea was more than 30 feet higher than that of the Mediterranean.

More serious was the opposition of Great Britain, which, throughout the nineteenth century and into the twentieth, was in competition and frequently in conflict with France in the eastern Mediterranean. The British feared the alterations in the status quo that the Canal apparently would bring. To a canal that would be subject to French or international influence, they preferred the existing communications across Egypt and the Sinai Peninsula or a railroad transshipping line.

Only after its completion did the British recognize its vast strategic and economic importance to the growing empire and acquire a substantial financial interest in the enterprise.