All the information you need to produce the play! 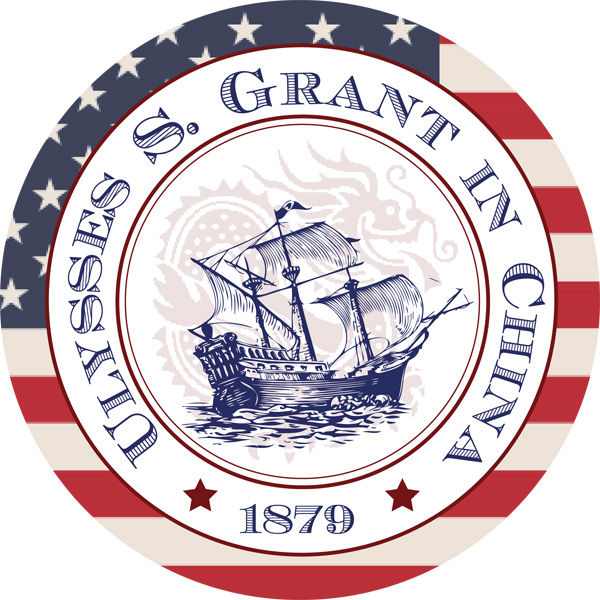 In the Spring of 1879, Ulysses S. grant stopped in Tientsin, China on his grand world tour. There he met with reformer Viceroy Li Hong Zhang. This fictionalized account follows the adventures of a group of young musicians who are chosen to play for the visiting dignitaries.

The young Chinese musicians receive a jolt when an American teen joins their ensemble, and a far more dramatic jolt when they cross path with a rebel and his plan to assassinate the American leader. Ulysses S. Grant himself enters the storyline as powerful cultural and economic forces come to the surface.

More about USG in China

In 1877, after leaving the White House, Ulysses S. Grant embarked on a two-year trip around the world. He and his small entourage were received with great ceremony in capitals across Europe.

In March of 1878, Grant is asked to serve as arbiter over a dispute between China and Japan as to the conservatorship of the Ryukyu (“Loochoo”) Island Kingdom.

In this fictional account, a student musical group has been asked to play for Grant and the international dignitaries of Tientsin. When an American youth (Joseph) joins the concert group, jealousies and secrets among the teenaged players are revealed. The youths’ powerful emotions are expressed through seven brief musical pieces. The music takes on new aspects and changing dynamics as the two cultures – American and Chinese, monarchical and democratic – come together.

Matters more serious than teenage rivalries take over when the assassination plot comes to light. Opium, gun smuggling, and the colonial forces of class and rebellion all play a part in the surprising climax of the five short acts of Ulysses S. Grant in China.

The music for Ulysses S. Grant in China is available as audio files to listen to or sheet music to download.

These audio files give you an idea of what the play’s various music pieces will sound like.

Below are links to the sheet music documented for the scores in USG in China. They are available upon request separated by instrument.

A Letter from the Composer

Notes on the Overture

From the moment that the Chinese and American youth begin their playful instrumental exchange in the first act, the unifying role of music in Ulysses S. Grant in China becomes clear. Ever since we began collaborating over the play’s music, Tom has been very specific in his imagining of unifying musical cultures; USGIC’s manuscript calls for a “Chaotic yet triumphant combination of [German, French, English, Japanese, American and Chinese] styles” in the overture, and finding a way to cohesively integrate those styles has proved an interesting challenge.

With so many cultural voices to account for, I decided to take an iconographic approach to writing the overture. In order to keep the prescribed chaos at a manageable, palatable level, I wanted to construct the entire composition out of easily-recognizable fragments of music, melodies quoted from the above-mentioned cultures’ folk songs and national anthems. These fragments are intended to work as building blocks, cultural snippets that diplomatically hold each other in place in support of a larger structure.

The most consistent presence in the overture is that of an unnamed traditional Chinese plum blossom melody, the melody that most of the smaller musical fragments are in place to support when it is present. The overture opens by repeating the melody’s opening phrase four times, each repetition seeing additional instrumentation and expanded polyphony. At 2:19 (measure 45) the strings continue into the next section of the plum blossom melody as the low brass begin blurting segments from the opening lines of Yankee Doodle, adding rhythmic support for the Chinese melody as it draws closer to its resolution and intensifies in volume.

At 2:49 (m 54), the violins and woodwinds begin the plum blossom melody’s climactic passage as the low strings and trumpets quote Le Marseillaise to add additional rhythmic and harmonic support to the lower register. The low brass continue to belt Yankee Doodle until 3:02 (m 58), when they too begin quoting Marseillaise, creating a backdrop of canonic imitation over which the Chinese folk melody continues to progress and ultimately reaches climax.

At 3:40 (m 70), woodwinds begin playing the opening lines to Deutschlandlied, modulating the key signature to Eb Major. By this point, the strings have been reduced to softly plucking excerpts from the previous section, remaining in the original key of G Major to create a playful polytonality between the melodies until the strings leave the arrangement at 4:19 (m 82).

At 4:32 (m 86) the clarinets and flutes join each other in a duo of excerpts from Deutschlandlied and Kimigayo, eventually reinforced by strings as the brass softly chime in with God Save the Queen (better known in the United States as My Country, ‘Tis of Thee). The woodwinds transition into excerpts from March of the Volunteers at 5:10 (m 98), to be triumphantly reinforced by low brass at 5:42 (m 109), which also sees the climactic recapitulation of Le Marseillaise and the plum blossom melody before all instruments pull out leave the trumpets to end the piece with a lighthearted line from Marseillaise.

Drawing melodies from seven different musical sources, performance of USGIC’s overture, as well as its other musical passages, is meant to be an enriching experience for students, performers, and listeners. Its distinct individual components are simple and manageable for even novice performers, while sum of its parts is complex and uplifting. It can facilitate further academic benefits for students, providing grounds for further study into musical quotation, polytonality, and music history, as well as further examination of other cultural musical traditions.

At the very least, I hope it is enjoyable. At its core, the overture is simply a celebration.